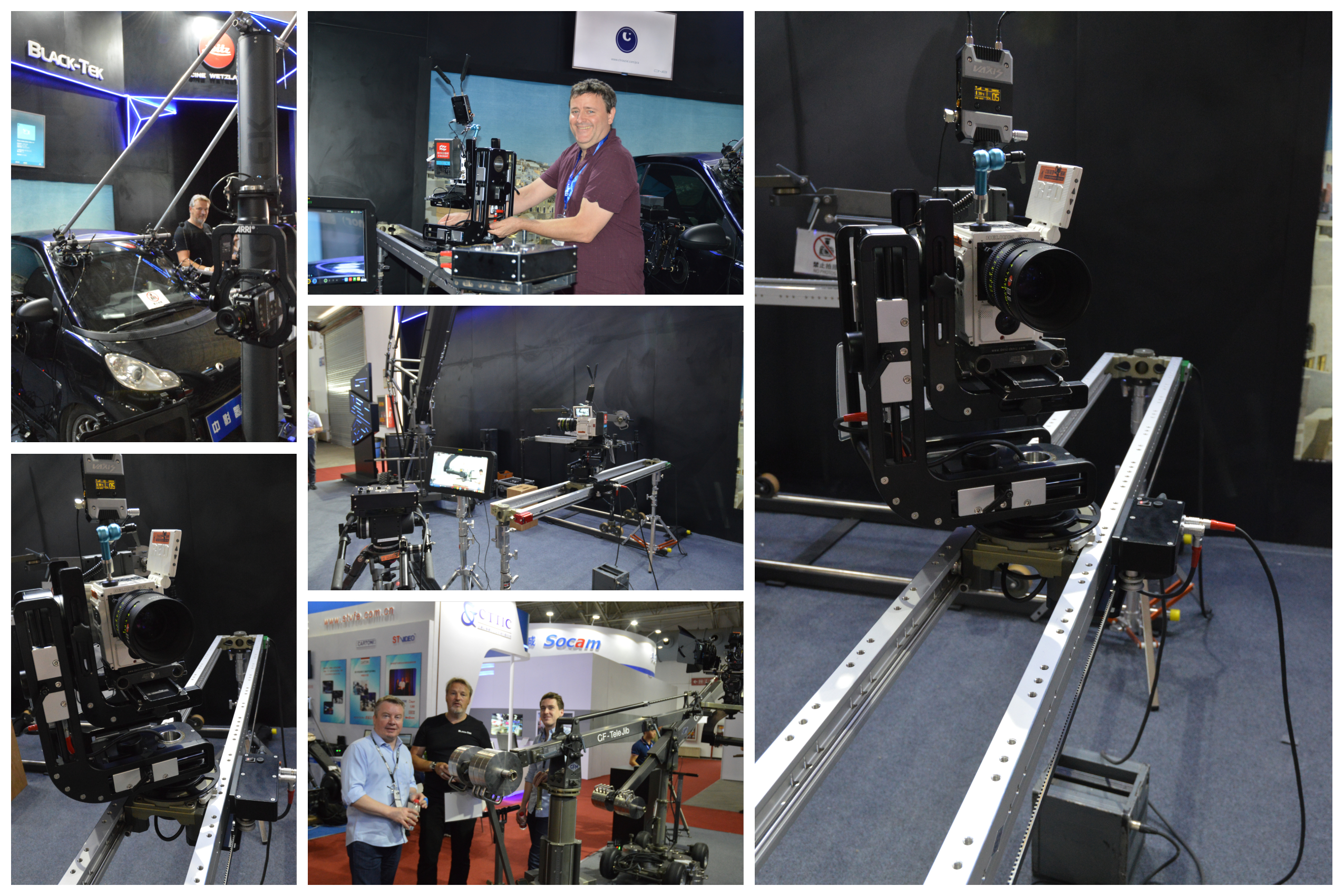 August and September were busy months for KFX Technology with trade shows in China and Germany. KFX was invited to BIRTV in Beijing by China Film Equipment Company and to the Cinec Expo in Munich, Germany. According to Forbes, CFEC is the largest, most influential state-owned film enterprise in the People’s Republic of China. It produces, and distributes films and also runs theaters and financial investment. All imported films in China have to work with this entity

China’s movie ticket sales is second only to the US

KFX Technology is new to the Chinese market but our slider motors are already being sold over there for the Ronford Baker slider system, and now we have introduced our GFM slider motor. The show was a great success with many people admiring the simplicity of the remote head in combination with the slider motor. The serious operators in China seem to appreciate our value proposition based upon simple operation and personalized service in the same way that US operators do. We are excited about this market, since China’s movie and entertainment industry has had approximately 17% growth each year from 2011 to 2016, according to Z. John Zhang, a Wharton marketing professor. Currently, China’s movie ticket sales is second only to the U.S. In 2015, box office revenue hit a record $6.8 billion, up 49% from the previous year.

Two days after BIRTV, KFX was on the road again, heading to Munich for the Cinec Expo, which happily coincides with the start of Oktoberfest. Cinec was also a great success. We shared a booth with our good friends Ronford Baker and many people discovered KFX products for the first time. Germany represents another growing market for us with movie industry revenue increasing steadily since 2003 to a projected revenue of 3 billion euros in 2020.

The newly debuted Ronford Baker slider motor, the GFM slider motor and the Aurora Mini attracted considerable attention in Germany as we configured the original slider motor working vertically with our Aurora Mini Remote Head. As many of you know, this year we released a smaller motor that works with the Ronford Baker and GFM sliders (just change the brackets and belt tensioners). This has prompted several slider manufacturers to knock on our door to motorize their sliders. Customers view the smaller motor as a more grip friendly (read wallet friendly) version. The original slider motor launched a few years ago, is still the best and most profitable choice for rental houses.

Coming soon! Repeat moves and a next generation remote head

Many customers have been asking if the slider motor will have a memory and be able to repeat move. The answer is exciting and worth the wait. Watch this space for announcements coming soon.

With all this travelling, you might wonder if KFX has had time to do anything else. Well, yes, we have! In the past few months we have been redesigning the Aurora remote head. By applying the same innovative approach, we developed for the Aurora Mini we have completely redesigned our flagship product. New parts are headed to our shop in Brooklyn as we write this update. We will be delivering the first of the new generation heads, the Aurora Max, this month which will go straight onto flagship studio productions. Look out for new pictures coming to our website.

AURORA MAX DEPLOYED IN LESSONS FROM THE MANDALORIAN
March 15, 2020

The KFX Aurora Max and Mini Get Rave Reviews in Japan
December 31, 2018
Shows and Events

Latest News
Categories
Go to Top
Don't have an account yet? Register Now